How To Find Quality Link Prospects

Why you should forget about pagerank when assessing the quality of a link prospect and instead consider these 10 other factors. 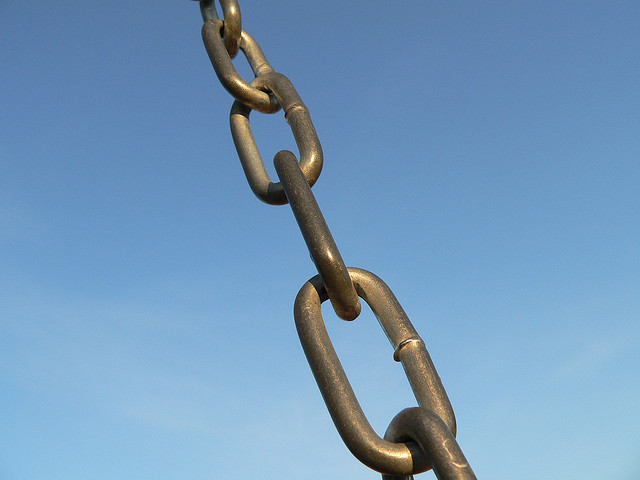 I was asked a good question this evening in a comment on my post on white hat link building. Ahmed asked: –

‘Anyway where the links that you used High Pr and Da in order to beat your competition. Lets be honest Google doesn’t always rank quality sites without backlinks’

The short answer is I’ve not really concerned myself with toolbar pagerank for quite some time.

Now for the longer answer…

And while I’m at it, I thought this would be a good opportunity to go into the signals that I do use to assess the quality of a site and how valuable a link from it will potentially be.

Toolbar pagerank as a metric has always had a fundamental problem – it is out of date.

Historically google used to push out a toolbar pagerank update once every 3 months or so, which means that the pagerank you saw in the little green bar could have been anything up to 4 months old (3 months after last update and perhaps 1 month old at time of update).

Now 3/4 months is a long time on the internet; a site that has a pagerank of 3 in the bar might have had it’s pagerank slapped in the interim or a new site with pagerank 0 at the time of update might have become the new big thing on the web in the same period.

As if that wasn’t bad enough, the last toolbar pagerank update in 2013 was way back in February, so at the time of writing we’ve been waiting over 8 months.

Matt Cutts recently announced that we shouldn’t expect to see another toolbar pagerank update this year.

So, the general concensus is that google is phasing the green bar out. We might see an update next year, or we might never see one again.

Either way, it’s pretty safe to say that it is not a hugely worthwhile indicator of the quality (or power) of a site any more. Certainly not one that we should hang our hat on.

Note: I use the phrase toolbar pagerank as actual pagerank is updated all the time.

So, what indicators do I use to assess the quality of a site? Well, here are some of the things I look for.

You’re probably sick of hearing me banging on about quality, but sorry I’m going to keep saying it!

If the site is full of poor quality crap, then it’s probably not going to be worth getting a link from it (certainly not in the long run) – even if that little green bar says it is a pagerank 10.

More on what I consider to be high quality content here.

If a link will potentially send some traffic your way then it’s a good one to have.

There’s nothing wrong with sites hosting the odd guest post (in fact that’s probably the kind of site we’re looking for!), but be wary of sites without any kind of editorial voice.

If a site has nothing but guest post after guest post on every topic under the sun, with no sign of an overall editor then it’s really just a glorified article directory and you can bet that it will get slapped by google at some point.

I went into this in detail in my post on developing topical authority, but briefly.

I’m a firm believer that relevance is everything these days and will only become more so in the future.

In general (there are some exceptions as I explained in the post linked above) a link from a site/page related to your niche is going to be much more valuable than a link from an off topic site/page.

The closer the match, the better.

If the site is gathering dust and hasn’t been updated in years then I wouldn’t spend too much time trying to get a link out of it. The chances are you won’t receive a reply to your email anyway!

Very important this one!

Does the site appear to have an engaged audience? Look for comments on posts, shares, tweets g+ etc.

Social signals are going to become more and more important to rankings.

Going back to point 2, an engaged audience should also mean referral traffic.

The chances are you will know who the celebrity linkerati in your niche are (hello Rand Fishkin, Danny Sullivan et al!), so needless to say a link from one of them will do great things for your rankings and also bring you direct traffic!

If you spot a relative noob in your niche who is posting great content and creating a bit of a buzz, then go get that link from them before they become famous!

Tip: Help them out (give and ye shall receive).

Another form of social proof really, but if someone has 25,000 RSS subscribers, then it’s fair to say a link from them will do you good.

Ok, I admit it… I’ll normally sneak a look at the site’s link profile in opensiteexplorer.

So, that’s some of the things I look for when assessing the quality of a potential link and why I don’t worry about that little green bar any more. 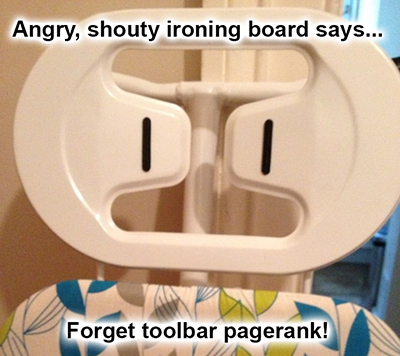 I’ll confess, I do still have a crome extension which displays the toolbar pagerank and Alexa ranking (another pretty useless metric in my opinion) of a site and I do glance at it, but a site showing a pagerank of 0 and an Alexa ranking in the millions isn’t going to put me off if the boxes above are ticked.

How about you? Do you still worry about toolbar pagerank when looking for link opportunities? Do you agree with my quality signals? Any you would like to add?

Woah your fast ! Thanks for the elaborated answer! So it would depend upon quality of the content, and the other variables.

We have now excluded Page Rank. But wouldn’t PA and DA still have an impact?

Hi Ahmed, yes PA and DA are certainly metrics i take a look at and are more relevant than TB PR, however i still consider the factors above first. Somewhere out there is a blog starting up, which could be the next moz or searchenginejournal. PA and DA isn’t going to tell me that, but the signals above might and if i can get in early and build a good relationship with that celebrity in the making then that link/links is going to do good things for me in the future! I’m very much into building for the long term and a lot of that involves spotting trends/buzz and jumping in at the start. Hope that makes sense!