What If… Dexter Morgan Was A Black Hat SEO 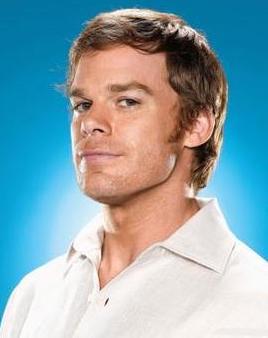 A bit of light relief for a Wednesdsay evening/Thursday morning….

By day, Dexter Morgan is a smart, sociable computer science graduate, working in the webspam team at google. He is popular with his colleagues, bringing them jam tarts and a joke every morning. He pays his taxes, keeps his house clean and his php code even cleaner. Yes, on the outside, Dexter is whiter than white and an advocate of all things which google decrees are best practice.

But Dexter has a secret, a darkness in him that the world can never see. For by night, Dexter is a black hat SEO.

Tonight’s the night, and it’s going to happen again and again.

We are introduced to Dexter as he works late at night posting spam comments to PR 5 .edu blogs. Our shock builds as this seemingly clean cut, middle class American remorselessly floods junk comment after junk comment to high ranking, seemingly respectable blogs before knocking up a 12 spoke one way link wheel. But there is a twist. For Dexter has a code; a code which was set by his father when he was young. He will only target websites which have also used black hat SEO methods to achieve their rankings – yes even .edu ones.

We get our first glimpse of Dexter’s workplace at Mountain View, California and meet the google webspam team. They are a likeable rag tag bunch of characters and include Dexter’s step sister Doris (a foul mouthed rookie anti-spammer), Barista (a warm hearted programmer working on algorithm updates), Bazooka (the comic relief) and Spokes, the only member of the team who sees sees through Dexter’s mask of respectability and has a 6th sense of the darkness beneath. We also meet the head of the department, Matt Cutts, who has a particular soft spot for Dexter – much to his discomfort.

The season focuses on the webspam team’s crusade against a new black hatter known as ‘the ice blogger’ who has been using scrapebox to post thousands of spam comments to unrelated blogs. This feels all too close to home for Dexter and things get even more interesting when the ice blogger starts to leave him messages on his myspace. Who is the ice blogger and how does he know about Dexter’s other life?

An exciting first season builds to a jaw dropping climax, where the ice blogger is revealed to be Dexter’s estranged brother and Dexter is forced to kill off his newly discovered sibling’s websites by introducing the nofollow tag to blog comments.

In Season 2 Dexter’s secret life is in serious danger of being unveiled as his link farm network is discovered and worse still, the IP addresses point back to google’s offices at moutainview! An internal investigation is launched, headed by googler Humpty, who has an unblemished record of catching link spammers.

As the season hots up, Spokes, who has long been suspicious of Dexter’s activities, starts to connect the dots and follows Dexter to an internet cafe where he is finally revealed to him as the ‘Mountain View Farmer’. In the gripping finale Dexter frames Spokes by stealing his laptop and sending an email to Matt Cutts asking if he would like to exchange links. Spokes is fired from google’s web spam team and never heard of again.

Dexter is in the middle of what he believes will be a routine hack into the database of an out of date wordpress installation to steal their subscriber list when things go wrong. It turns out the website belongs to the brother of a fellow googler, Peroni, and that he has active monitoring which could trace the hack back to Dexter.

Dexter feels he has no choice but to reveal his secret to Peroni and fears his game may be up, but to his amazement Peroni sees a kindred spirit and asks Dexter to teach him the ways of black hat SEO. Not only does Dexter teach him how to violate every one of google’s terms of service, he also teaches him ‘the code’ and for a while Dexter feels he may have finally met someone who ‘gets him’. But Peroni soon becomes reckless, dropping links everywhere and spamming the websites of white hat internet marketers.

Dexter realises that there is no one else like him and that Peroni has to be stopped before he gets them both deindexed. He drops an anonymous email to Matt Cutts pointing to Peroni’s activities and Peroni joins Spokes on the dole queue with his websites left to rot in the hell of relying on traffic from yahoo and msn.

Arch black hat SEO hunter Humpty returns to wage war on paid links. But Dexter has ideas of his own and goes undercover, posing as a link buyer and setting up an account at texlinkads.com where he finds many sites actively engaged in selling links and perfectly fitting his ‘code’. To enhance his cover within google, he helps sets up a form where webmasters can report other websites for selling links, while at the same time privately negotiating the purchase of a site wide exact match anchor text link from a PR 7 blog.

In the explosive final episode a number of high profile sites lose their pagerank overnight, while Dexter’s sites continue to ride high in the rankings.

While looking for articles to scrape for his websites, Dexter befriends a beautiful young webmaster called Cumin who has herself been the victim of content theft. This damaged girl saw her rankings plummet as unscrupulous SEOs copied her best articles and outranked her for them by pointing thousands of spam links at their sites.

Dexter decides to help Cumin get her revenge and together they track down the perpetrators and report them for link spam, knocking them completely out of the SERPS one by one. At the same time Dexter trains Cumin in the art of black hat SEO and they join forces to launch a network of spammy adsense trap blogs using spun and scraped articles from around the web.

A boring season, with a ridiculously overblown plot about cloaking and keyword stuffing, finally comes to life in the final scene of the last episode as Doris catches her step brother red handed completing a 3 way link exchange on digitalpoint. How will Dexter explain his actions and what will this mean for his relationship with Doris?

Dexter finally reveals his dark secret to Doris. She agrees to stay quiet about the link building, but asks that Dexter refrain from any more black hat practices. Dexter however cannot control his primal urge to rank his website in the top 10 and is soon in the process of registering on multiple high pagerank forums, where he sets up profile and signature links.

But with the pressure on Dex has been sloppy and he leaves behind a digital footprint which alerts Matt Cutts, who has been following a hunch that Spokes was not the Mountain View Farmer after all and that he may still be out there spamming the search engines.

The season ends on a bombshell as Matt follows the trail back to Dexter and realises that he framed Spokes and is the true Mountain View Farmer. Matt confronts Dexter and is just about to ban his websites for good when Doris, deciding to protect her brother one last time, blackmails Matt and tells him she will post a youtube video alleging he touched her boob if he doesn’t quit google and leave her brother alone.

Matt has no choice but to agree and the season ends with us wondering how Dexter and Doris can go on from here, whether Dexter’s sites will ever be banned from google’s index and why, in 7 seasons we have never seen Doris’s boobs when we have had a gratuitous frontal shot of every other hot female character in the show? Perhaps we will find out in season 8.

I’m a huge Dexter fan, so thought it would be fun to put this together. No copyright infringement is intended!

This is a very light-hearted look at a very serious topic. Well done!

Thanks Tom, glad you enjoyed it 🙂

This was a pretty neat little post David lol. I’m very impressed how you came up with the idea and successfully implemented it into your post. I’ve never watched Dexter, nor do I actually watch anytime but I know the just and what’s it’s about. This is definitely one smashing award winning drama post 🙂

Thanks Brian, yeah just one of those random ideas that pops into my brain late at night when I’ve had too much coffee! I tried to follow the synopsis of each season and turn it into an SEO theme, but some were harder than others!